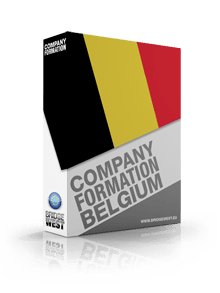 There are many economic relations and partnerships between Belgium and Austria, encouraged by their membership in the European Union. The Belgium-Austria double tax treaty is a convention signed between the two states enforcing regulation concerning the taxation of residents and economic agents of the two countries. When you open a company in Belgium, whether you are an Austrian investor, or intending to conduct economic activities in Austria as well, you will be interested on the double taxation provisions which might directly regard your business income.

The Belgium-Austria double tax treaty is addressed to all legal and moral persons resident in one of the two countries. The stated purpose of the convention is to avoid over taxation and double taxation of the revenues and to prevent tax avoidance. The ministry of Finance in Austria and the competent authority in Belgium (the Federal Public Service) are the two official institutions which implement the treaty in each of the two countries.
The provisions of the treaty refer to the method of taxation for capital gains or income from immobile properties. Other revenues such as business profits, income obtained from shipping and air transport activities, dividends, interest or royalties are subject to the same tax convention.
The conditions that a person must conform to in order to be subject of the tax convention are to be a resident in one of the two countries or to have a permanent establishment in Belgium or Austria. The permanent establishment may refer to a place of business, an agency, an exploitation place or a workshop or other type of manufacturing place.
In order to see whether you might be directly concerned with the provisions of the tax convention between Austria and Belgium you can confidently call on our experts in company formation in Belgium.

The strong points of the Belgium-Austria double tax treaty

The double tax agreement between Belgium and Austria is supporting amiable relations between these two strong European economies, leading to long term cooperation. Another goal of the treaty is represented by the financial balance of the economic agents in the two countries, which leads, secondarily, to steady development and growing financial power of the two states.
For the natural or juridical persons, the tax convention represents a condensed centralised act referring to taxation issues. This brings a plus of simplification and increased confidence in the market, together with a relief from excessive taxation.
The reducing risk to tax evasion is another measure which increases transparency of the economic market. This is a fact which grants the safety of the financial environment and encourages foreign investment.
Feel free to contact our specialists in company registration in Belgium. They will explain which provisions of the tax treaty are the most important for your enterprise, how to calculate your taxes and what are your rights and benefits regarding taxation.
Request Price
Request Call Back
Free Case Evaluation

Meet us in Brussels

Call us now at (+32) (0)3 2373426 to set up an appointment with our consultants in Brussels, Belgium. Alternatively you can incorporate your company without traveling to Belgium.

As our client, you will beneficiate from the joint expertize of local lawyers and international consultants. Together we will be able to offer you the specialized help you require for your business start-up in Belgium.

Contact our partners who are
experts in opening offshore companies!

We recommend Clientpedia, a digital marketing company based in London which has experienced web designers and online marketing specialists.